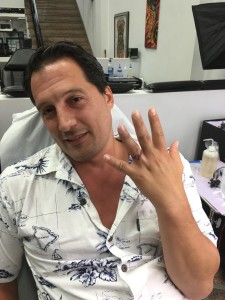 One of the most important moments of Dr. Zirwas’ life happened while he was a young dermatologist and realized that so much of what he was being taught to tell patients about Atopic Dermatitis didn’t have any proof to back it up. Even worse was that much of what he was supposed to tell them either didn’t work or was making their problems worse. At that moment he started looking for the actual causes for what he was seeing in his patients and for explanations that made sense.

He has published over 160 peer-reviewed articles and is one of the authors of the 7th Edition of Fisher’s Contact Dermatitis.

He has two daughters, Margaret and Susannah, ages 16 and 12, an African Pygmy Hedgehog named Rito (short for Burrito) and two Bengal cats – a brother and sister named Cinnamon and Sugar.