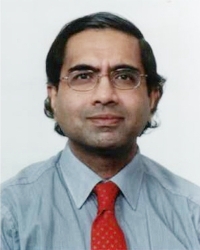 Onychomycosis is an infection of the nail plate that is prevalent among the ageing population. Onychomycosis is difficult to treat with low initial cure rates, high rates of relapse, and reinfection. Changing demographic characteristics, such as the relative aging of the population, the increasing prevalence of diabetes and peripheral vascular disease, widespread iatrogenic immunosuppression, and changes in lifestyle (e.g., earlier and greater participation in sports), are likely to lead to an increased prevalence of onychomycosis in both adults and children. Mixed infections of dermatophytes and nondermatophyte molds are increasing in patients with onychomycosis. One recent case series indicated the presence of mixed infections in 41% of patients.

There have been a number of important advances in the treatment of onychomycosis.

New topical agents approved in the US for the treatment of onychomycosis are solutions with lower viscosity and increased nail penetration characteristics. These agents penetrate through the transungual route and via the space between the nail plate and the nail bed. The subungual route partially circumvents the thickness of the nail plate. Laser therapy has been promoted as one of the most promising device-based therapies for onychomycosis. Clinical trial and anecdotal results to date have varied greatly and the specific mechanism of action for this intervention has not been well-elucidated. Overall, this therapy provides cosmetic improvement, but is does not appear to treat the underlying disease. Combining nail drilling with antimycotic treatment has recently been shown to be effective for the treatment of onychomycosis. Treatment with holes plus topical terbinafine produces significantly greater improvement in toenails’ appearance and higher mycological cure rates compared to treating the dorsal aspect of the nail plate with topical terbinafine alone. Overall, early treatment is the path to cure in patients with onychomycosis. The chance of success is better when you treat early.

Recurrence (relapse or re-infection) occurs in 10% to 53% of patients of patients with onychomycosis. However, data on recurrence is limited by the fact that clinical studies have followed patients beyond 12 months. Although a number of factors have been suggested to play a role in recurrence, only the co-existence of diabetes has been shown to have a significant impact. A small study showed that amorolfine prophylaxis may delay recurrence, but prophylaxis may need to be continued for up to 3 years for optimal effect. Treating tinea pedis and any immediate family members may also decrease risk for recurrence; and other preventative strategies include avoiding communal areas where infection can spread and decontaminating footwear.