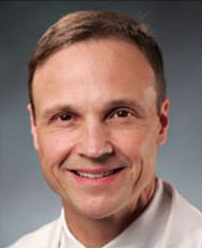 E. Victor Ross, M.D., CAPT MC, USN (ret) attended Mississippi State University where he graduated summa cum laude with a B.S. in physics. He obtained his medical degree from the Tulane University School of Medicine where he was a junior year inductee into Alpha Omega Alpha. In 1992 he completed a three-year dermatology residency at the National Naval Medical Center in Bethesda. In 1994 he was the first Navy-sponsored fellow in Photomedicine and Lasers at Massachusetts General Hospital. Dr. Ross is presently the director of the Laser and Cosmetic Dermatology Center at Scripps Clinic in San Diego. He also serves as associate editor of Lasers in Surgery and Medicine. Dr. Ross was the 2008 president of the American Society for Laser Medicine and Surgery and a board member of the American Society for Dermatologic Surgery. His special interests are laser skin resurfacing, fractional laser applications, photodynamic therapy, non-ablative skin remodeling, laser treatment of leg veins, laser treatment of acne, and laser hair reduction in dark skinned patients. He is the author of over 85 articles and seven book chapters. Presently, Dr. Ross is investigating novel approaches in lipolysis as well as conducting comparative trials of intense pulsed light and fractional laser sources in skin rejuvenation.