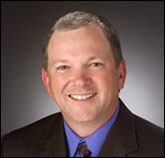 Dr. Pinski is a member of many professional organizations including the International Society of Dermatologic Surgery, and he is a Fellow of the American Society for Laser Medicine and Surgery and the American Academy of Cosmetic Surgery. He is the author or co-author of numerous articles and book chapters, and has made more than 100 presentations nationally and internationally.

Dr. Pinski practices general and cosmetic dermatology. He has a particular interest in facial rejuvenation with Botox in Chicago, filler substances and liposuction. He is also a national instructor for Botox, Restylane and Juvederm.