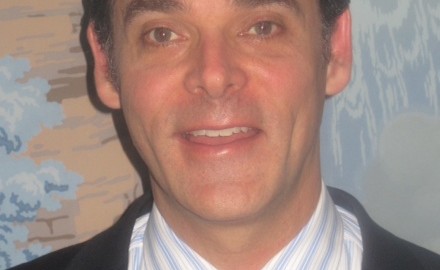 In this presentation, Dr Cohen, a leader in aesthetic dermatology, discusses where we are right now in terms of botulinum toxin. Currently, there are three FDA-approved botulinum toxins type A; these are Botox (Allergan), Dysport (Medicis/Galderma), and Xeomin/NT201 (Merz). Neuromodulators that are on the horizon include PurTox, Neuronox, and China ToxThe three approved botulinum type A products are approved for the use of glabellar lines; however, they are used off-label for other aesthetic purposes.

All three products contain a core neurotoxin protein (150 kD BoNT/A), this is where the mechanism of action lies.  Botox and Dysport are wrapped in protein, which is part of the neurotoxin complex Xeomin, however, lacks these accessory proteins.All three products have demonstrated efficacy and have established good safety profiles.

Xeomin has both medical and aesthetic studies. In 2005, Benecke and colleagues published a double-blind non-inferiority trial of 463 patients comparing Xeomin to Botox and concluded that Xeomin is at least as effective and safe in treating cervical dystonia as compared to Botox. Of note, one of the criticisms of a non-inferiority trial is that it utilizes two timepoints, and you don’t know where the subsequent timepoint ends.

In 2006, Roggenkamper and colleagues published a double-blind, phase III trial comparing the efficacy and safety of Xeomin with Botox in patients with blepharospasm. No significant differences were found between the formulations and the non-inferiority of Xeomin compared to Botox was concluded.

Two recently published, identical randomized, double-blind, multi-center, placebo-controlled trials looked at 547 patients. 366 patients received 20µ Xeomin and 181 patients received placebo. Success was defined at a two-grade improvement on a four-point scale. The median onset of effect occurred within seven days after injection and the duration effect was typically up to three months. Single and repeat treatment was well-tolerated. The majority of adverse events were mild or moderate with headache being the most common. There was a 0.2 percent incidence of blepharoptosis following a single treatment.

Sattler, et al published a non-inferiority trial comparing Xeomin to Botox in the treatment of glabellar frown lines. The independent rater and patient assessment among both products were very similar at weeks four and 12.  Because this was a non-inferiority study with two timepoints, you can miss the “duration of efficacy” and the “waning effect.” The authors concluded that Xeomin is equally as effective as Botox and both preparations were well tolerated.

A small study of 21 patients by Prager and colleagues compared Xeomin to Botox for the treatment of Crow’s feet. Both products demonstrated high efficacy and good tolerability at a dose ratio of 1:1 with no statistically significant differences between the two. Also of note, the high response rates observed after four months suggest a good effectiveness beyond this observation period.

It is important to remember that the three neuromodulators approved for aesthetic use are separate products; therefore, there is no TRUE or EXACT “conversion ratio”. Dr Cohen emphasizes the importance of learning how to use each product differently in clinical practice. The injection techniques are similar; however, there are no direct specific conversion ratios.  Regulatory agencies around the world have recognized that these are different products, and there is no interchangeability among botulinum toxin neuromodulators.

It is also important to keep in mind that combination same-syringe delivery (e.g. botulinum toxin-A and hyaluronic acid filler ”mixed together”) can be imprecise on many levels from not uniformly mixed to potential unintended spread of one of the agents.

Another big controversy is that of zinc supplementation on botulinum toxin treatments. A publication in 2012 advocated a proprietary zinc formulation to “extend the durability of botulinum toxin” and “make non-responders, responders.”  Dr Cohen found that there were HUGE problems with this study. Zinc deficiency does not seem to be an issue with healthy aesthetic patients, and the article assumes that basically everyone is zinc deficient. Another major issue with this study is that the only physician who injected the product has a financial interest in the product, identified all of the patients for the study, and was an active participant in the study design. In summary, the effect of zinc supplemation with a phytase has yet to be clearly elucidated.

When looking specifically at dosing, aesthetic physicians have historically used high-dosages in the forehead, which often caused them to look completely “flat”.  “It is important to understand the importance of achieving a relaxed and natural look. Over the years, Dr Cohen and many colleagues colleagues have found that they can basically cut the forehead dose in half. This helps in achieving a natural look, softens the musculature and maintains brow shape and positioning, which is very good for patients. There are published consensus statements and recommendations on how much product to use and how best to use it for each of the products available.

Botulinum Toxin has also shown to improve facial wound healing. Dr Cohen has incorporated its use when performing Mohs closure. This leads to less tension in the scar; therefore less scar spread and a better overall aesthetic look through “chemo-immobilizaton” (Mayo 2006, Flynn 2009)– similar to what has been described peri-procedure with peri-ocular resurfacing (Carruthers) and peri-oral resurfacing (Kadunc).

There are many attempts in the literature to try to compare the various neuromodulators. This started from an article published in 2008 in the Journal of Cosmetic and Laser Therapy looking at patient satisfaction with different botulinum toxin type A formulations in the treatment of moderate to severe upper facial rhytids. The patients were switched from Botox to Dysport and, by and large, the patients wanted to go back to Botox. Unfortunately, when studies like this are introduced, Dr Cohen comments that there is a tremendous amount of bias. Often time we see “novelty bias.” Patients return after a second injection and they don’t see the “wow” effect, and there could be “recall bias” as well in trying to remember the effect of the first treatment versus subsequent treatments.

The original Dysport trials demonstrated that median time to onset ranged from two to four days. This data; however, was not captured in the original Botox trials. A subsequent JDD trial did actually capture the effect of Botox starting to “kick-in” within the first few days as well.

It is imperative that clinicians be critical of study designs when they are comparing these various products.  A meta-analysis looked at the Botox duration effect in the treatment of glabellar lines. Overall, the effect was about four months in 50 percent of patients.

Repeat injections in the same area tend to extend the duration of the product. This has been demonstrated in several studies among all three of the approved neuromodulators.

Overall, we have good safety and efficacy data among these three products demonstrating that people respond and seem to have better self-esteem (Dayan). Data suggest that, overall, patients look and feel better.

Toxins: What’s New, Are There Differences Among Toxins, and What We Have ...
Scroll to top
Loading...